Tristen will be attending The Ohio State University, majoring in nursing, with the ultimate goal of being a pediatric nurse. While in high school, Tristen was a three sport athlete, being a member of the cross country, basketball and track & field teams. She was also a member of Locomotion and volunteered as a DARE counselor. Congratulations, Tristen! 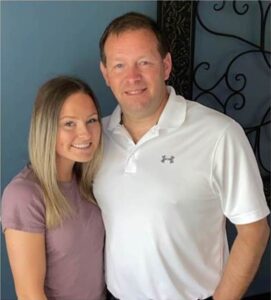 The list of eligible NWSCC trade programs is provided with the attached link.

Martin held several executive positions at AMAX Inc.(1968-1987). He rose through the ranks to become Executive Vice President and Chief Financial Officer. Martin also served as a director of Alumax Inc. from 1974-1987.

His true passion was realized with Chase Brass. Martin served as Chairman, President and Chief Executive Officer between 1990-2002. Remembered for his wisdom and true passion for his work and colleagues, Martin oversaw and was responsible for several large-scale projects during his tenure (ISO 9002 certification and Project 400).

Chase employees described Martin as the type of leader that would spend as much time on the plant floor as in the office. He truly had a sincere interest in every single employee. Martin was incredibly sharp and astute and had a strong caring heart behind it all.

This scholarship program reflects Martin’s passion for education and his belief that everyone should strive to maximize their potential.

Up to $1,500 of the student’s tuition will be paid each semester

*Preference will be given to children of employees.

Benefits of choosing a College Career:

Here at Wieland Chase our college graduates work in marketing, sales, engineering, and accounting roles to keep our company going.

Up to $1,500 of the student’s tuition will be paid each semester

*Preference will be given to children of employees.

Benefits of choosing a Trade Career:

Here at Wieland Chase our trade employee ratio is slightly over 2 to 1, trade graduates compared to college graduates.

Ethan Douglass, son of Dean Douglass (3rd Shift Udylite Operator) was one of the first recipients of the Martin V. Alonzo Scholarship in 2016.

Ethan graduated this past spring from Michigan State University and is now the herd manager of Finely Brothers / 5K Cattle Company in Anderson, Missouri.

Ethan is in charge of managing the show cattle, as well as other tasks such as setting up cows to breed, deciding what to keep as replacements and daily health/management.

Clay O’Neal was a recipient of the first annual Martin Alonzo Scholarship in 2016. He graduated Kent State University in the spring of 2020 with a degree in Journalism and a minor in Marketing.

Although he worked on campus all four years, the Martin Alonzo scholarship made the cost of college much less burdensome. He is thankful for the generous opportunity Martin Alonzo and his family provided him and other students.

Currently, Clay is working in Fremont, Ohio at Terra State Community College as an Admissions Advisor. Within his current role, he works on recruitment for the college and advising first-year students. Clay plans on starting his Master’s Degree in the fall of 2021.

Wieland Chase is a leading brass manufacturer in North America. As of July 2019, Wieland Chase became part of the strong global Wieland Group with a continued commitment to safety, quality and customer service. More about the Wieland Group